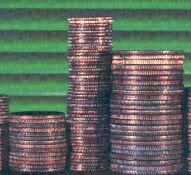 Key Truth: Luke wrote Luke 19:11-27 to teach believers that Christ has given us an assignment until He returns and that He will demand an accounting when He returns.
Key Application: Today I want to show you what God’s Word says about being faithful until His Return.
Pray and Read:  Luke 19:11-27


Contextual Notes:
Throughout his Gospel, Luke emphasizes the importance of walking in faith and avoiding unbelief. He has made it clear that every individual who meets Jesus Christ must make a decision about Him. Christ must be received or rejected. His claims must be believed or denied. When the Gospel shifts gears at Luke 9:51, Luke urges us to prioritize faith over unbelief (Luke 9:57-11:36) and warning us to trust the Lord rather than ourselves (Luke 11:37-12:59).
Christ then calls us to a Kingdom marked by grace (Luke 13:1-21), repentance (Luke 13:22-35), provision (Luke 14), and redemption of the lost (Luke 15). Luke warns us to prepare for His Return by responding to God’s Word in repentance (Luke 16), guarding against sin with obedience and thankfulness (Luke 17:1-19), waiting with faithful service (Luke 17:20-37), and persevering prayer (Luke 18:1-8). God always responds with mercy to a humble and simple reliance on Him (Luke 18:9-17). True faith is
In chapter 18, Luke, who has been talking about the importance of walking in faith and not in unbelief, shows us what true faith actually looks like. The necessity of complete reliance on God is emphasized in Jesus’ response to the little children (Luke 18:15-17), the response of the rich young ruler to Jesus (Luke 18:18-30), and most powerfully by Jesus Himself when He shares with His disciples His coming death and resurrection (Luke 18:31-34). Then in two examples of His free mercies, Jesus first turns aside to free from blindness a beggar who sees with faith Christ’s identity as Messiah (Luke 18:35-43). Second, He turns aside to help a wealthy tax collector find the riches of Christ’s presence and purpose (Luke 19:1-10).
Luke’s clear statement of the purpose of Christ’s mission on this planet (Luke 19:10) is followed by a parable which sums up our mission on the planet as we await Christ’s return (Luke 19:11-27).
Sermon Points:
1.   Christ has given us an assignment until He returns (Luke 19:12-14)
2.   Christ will require of us an accounting when He returns (Luke 19:15-27)

Search Sunday in the South

Pleased to meet you

Online Bible by Logos
Add this to your site!

You can have a personal relationship with Jesus.

In Case You Were Wondering

Everything on this blog is my personal opinion and does not necessarily represent any of the organizations with which I am or have been employed, affiliated, hold membership, or on which I comment.